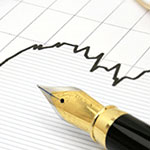 Insuring your property, buildings, fixtures and fittings, stock and equipment are obviously important but so too is the need for adequate cover for loss of profits following loss or damage at your premises. Business interruptions do happen! Apart from the direct losses that arise from a fire, there are also losses that result from the interruption of a business. If damage to your business' premises force you to close while repairs are made, you will still need to pay employees, mortgages, leases and other debts. These ongoing expenses can mount up quickly for a business that has reduced income--or no income at all. This policy could act as a vital lifeline for businesses

You shouldn't assume your policy includes business interruption coverage. Many business owners don't even think about it until such coverage is needed. But remember that the cover under this policy is available only when the cover under the basic fire policy is triggered. This insurance usually is sold in tandem with property coverage. Coverage is generally provided for the “period of restoration”, which is usually considered to be the period which would be required to rebuild, repair or replace the damaged property at the described premises with reasonable speed and similar quality. It usually commences with the date of such damage or destruction and it is not usually limited by the date of expiration of the policy.

Protecting a company’s income flow has been a major cause of concern in the recent past and this has become constant source of worry for risk managers. While almost everyone is aware that insurance to a great extent helps putting back a company on its feet after the loss, it is the intangible or the consequential loss which is difficult to perceive and in several cases forces the company to shut down without even making an attempt to recover.

While a normal fire or machinery insurance policy does help the company recover the material loss sustained, it does not protect them against all the losses incurred due to the fire or breakdown. The financial loss due to the loss of profits and the standing charges still being incurred after the loss with reduced or no income now being generated is what gets covered under the machinery loss of profits insurance.

Machinery loss of profit policy gives cover against consequential losses following loss or damage to the property insured under machinery breakdown and/or boiler and pressure plant insurance. This policy covers actual financial losses suffered by the insured due to business interruption arising from:

A machinery LOP policy can be purchased only in conjunction with a Machinery policy and cannot be taken as a stand alone policy. While it is a suitable means of protecting oneself completely against relevant losses, care should be taken in ascertaining the sum insured. The criticality of each machinery in the way it contributes to the overall turnover needs to be studied carefully as also the period required to get back to normal work.

Delay in Start Up (DSU) / Advance Loss of Profits (ALOP)

While undertaking any project, the cash flows form a vital part of the strategy. The projections are made for the revenue flow from the date of project completion / commissioning. Invariably there may arise situations where in the entire project gets delayed due to a mishap in the project site or due to accident to the vessel carrying machinery vital to the commissioning of the plant. Both principals and contractors are being confronted with increasing financial risk exposure.

As a result of private finance, protecting the revenue stream with appropriate insurance is increasingly regarded as of equal, if not greater importance, than protecting the assets themselves.

Commonly referred to as Delay in Start-up insurance (DSU) or Advance Loss of Profits insurance (ALOP), the insurance of revenue for projects under construction has gained significant importance over the last decade or so.

Sweeping changes in the international political landscape and widespread market deregulation have made trade the driving force in our worldwide economy. But expanding sales and building new customer relationships can leave balance sheets vulnerable. Economic downturns, privatization of public entities and inconvertibility or non-transfer of currency can leave your customers unable to pay what they owe. And often by the time customer insolvency or credit loss

if foreseen, it’s too late to protect the company’s account receivable. Accounts receivable can make up nearly 75 percent of a company’s current assets. And like all major balance sheet assets, they require insurance protection. Are your adequately covered?